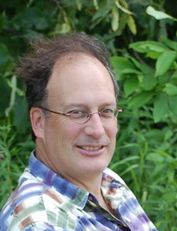 Visionaries spawn great ideas, which may, with favorable current, move downstream into reality. Sometimes they are landed by engineers, who pull them in and develop them into working models. On rare occasion, the visionary is also the engineer. The Wizard of Oz for January, 2013, is all that and more.

Dale Buser is a hydrogeologist, and the founder and Principal Hydrogeologist for Northern Environmental Technologies, Inc., a Mequon, Wisconsin based environmental consulting firm.

Dale loves fish and he loves Ozaukee County. He spent much of his childhood outdoors, always observing the natural things that made up his playground. Over time, he became disturbed that the waterways were changing and the fish were no longer able to get upstream to spawn. He began to envision reconnecting the streams and rivers from Lake Michigan on up to the wetlands that feed the streams. He shared his vision with Ozaukee County wizards, Andrew Struck and Andy Holschbach...over and over, until everyone was seeing the same thing.

Grants were written, programs designed and today Ozaukee has a world recognized fish passage system that is still in the making, but already the fish are coming home.

Besides envisioning and lobbying for the fish passage system, Dale used his engineering talents in its design, No small and ordinary fish ladder project, word spread and Dale was invited to the World's Large Rivers Conference April 2011, in Vienna Austria, where he presented A Comprehensive Solution to Aquatic Habitat Fragmentation, Laurentian Great Lakes (re: Milwaukee River Watershed Fish Passage Program) authored by Dale and Andrew Struck.

The fish passage program is just one of the changes that Dale has been instrumental in bringing about in Ozaukee County. Dale is a key board member on the Land Conservation Partnership of Ozaukee County, which began the process to protect working lands through permanent easements at the county level. Dale has been a life-long member of the Ulao Creek Partnership, which works to protect and enhance the Ulao Creek Watershed.

Most recently, Dale is a key visionary in the Ozaukee Treasures Network, whose purpose is to bring together Ozaukee County, the State of Wisconsin DNR, federal environmental agencies, and local and private groups and organizations that have common focus on Ozaukee County environment, conservation, land planning and outdoor recreation to be able to work together and independently with a unifying vision and understanding.

Visionary and engineer, Dale Busar continues to enrich Ozaukee County. He brings a unique perspective to his endeavors in that he takes the entire environment into consideration as he dreams and plans, He always considers the human residents, and the usual flora and fauna - but always specifically includes the unseen and often ignored, the soils and the microorganisms as well.

Treasures of Oz, on behalf of ALL Ozaukee County residents, are proud to name Dale Buser Wizard of Oz for January, 2013.