A Wizard of Action in our midst 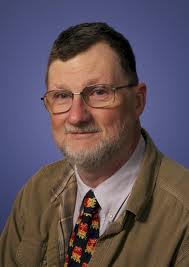 By November the the air is still, no longer filled with honking, quacking and other chirps of goodbye as flocks said farewell to Ozaukee for warmer places. Hardier birds have settled in for the long winter, seeking wild forage and protected habitat. Keeping Ozaukee and the rest of the state safe and bountiful for the birds we love so well is the mission of our November Wizard of Oz, Carl Schwartz, coordinator of Bird City, WI.

Becoming a Bird City is just the beginning as meeting and keeping criteria truly requires the area to invest in habitat and to educate residents. It raises the awareness and improves resources. It is a wonderful program that nurtures and grows Ozaukee as a healthy and balanced community for all.

To date, in Ozaukee, Ozaukee County, Mequon and the Town of Grafton are recognized as “Bird Cities.” Close by is the Village of Newburg, the City of West Bend, River Hills, Bayside, Fox Point and the Village of Whitefish Bay.

Carl brings an unprecedented amount of enthusiasm to whatever he undertakes, and that spreads rapidly. He is also one of the most organized, knowledgeable and personable fellows you can encounter. That has really paid off for Bird City as this two and a half year old program now boasts fifty-four Bird Cities in Wisconsin. The initiative is growing quickly and could become a national program. Once again, Wisconsin takes the lead in conservation, this time under Carlʼs direction.

As with most wizards, Carl does more than just one thing. Besides being coordinator of Bird City Wisconsin. He also is president of the Wisconsin Society for Ornithology and for the last 8 years has led the Honey Creek Birdathon/Bandathon, a major fund-raiser for WSO. He has belonged to the Riveredge Nature Center and its bird club for 20 years and currently serves as its field trip chair. Carl just completed two years as president of the Friends of the Cedarburg Bog and remains on its Board of Directors, a member of the American Bird Conservancy, National Audubon Society and the Horicon Marsh Bird Club. He is a member of the Ozaukee-Washington and Door County land trusts, the Nature Conservancy and the International Crane Foundation. He was senior editor for national and world news at the Milwaukee Journal Sentinel until his retirement in 2009.

Carl Schwartz is a true leader who is making a real difference in Ozaukee County. We are so fortunate that he has chosen to put so much time and energy into our environment and our lives. Treasures of Oz is pleased to name him Wizard of Oz for November, 2012.